The Brinkley Police Department was housed inside Brinkley City Hall from 1963 until construction of the new jail facility. Community support and strong leadership from Brinkley Police Chief, Ed Randle made the state-of-the art jail a possibility. The department currently operates with 9 police officers and plans to add one more.

The addition of SUVs to the department in school colors of black and gold has been well received by the community.  Mutual respect between the Brinkley Police department and citizens of Brinkley make  a safe community with a low crime rate.

The Department prides itself on being transparent and community policing. Police Chief, Ed Randle, says, “Our job is to protect the city and its residents and that’s what we do. We live here and protect here. We want our citizens to feel safe and respected.” 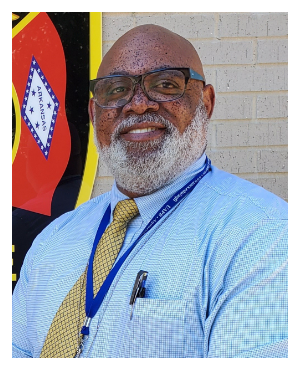 Chief Randle was born in Brinkley and graduated Brinkley High School and the University of Arkansas at Pine Bluff. He was a Brinkley police officer for almost 30 years before taking the position as chief 6 years ago.

Chief Randle is active in the community and worked to get their support for the new jail facility by contacting local churches and organizations. He umpires baseball, referees football and basketball and enjoys fishing and golf in his free time.

Or here is how you can reach us…

Feel free to get in touch with us! We’d like to hear from you.

The city of Brinkley is located in Monroe County in the Arkansas Delta. Its population increased to 2,554 citizens in 2020.

Discover more about our city or get in touch with our community.